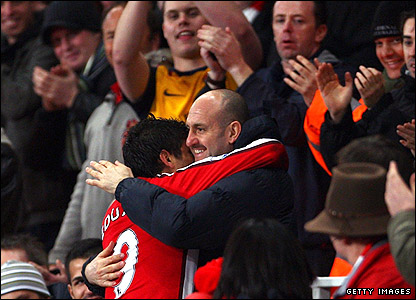 A Photo Special to mark the return of Eduardo, On 3rd July 2007 Eduardo Alves da Silva signed for the Arsenal,

Eduardo made his league debut on 19 August 2007 in Arsenal’s 1–1 draw at Blackburn rovers.Ten days later, he netted his first competitive goal for the Gunners in their UEFA Champions League qualifier against Sparta Prague.

On 23 February 2008, Eduardo suffered a broken left fibula and an open dislocation of his left ankle in a match against Birmingham

City, following a mistimed tackle by Martin Taylor.
Eduardo was immediately taken to Selly Oak Hospital, where he underwent surgery,Eduardo’s injury was so graphic that Sky Sports, which was broadcasting the game live, decided not to show replays of the incident.

On 16 February 2009, he started against Cardiff City in the FA Cup, scoring in the 21st minute with a header from a Carlos Vela cross. He then won and converted a penalty in the second half before being substituted, receiving a standing ovation from the Arsenal fans. In a post-match interview, he described his first-team comeback and goals as “the best day of my life“.

Its great to have you back little man [ www.arsenalaction.com ] 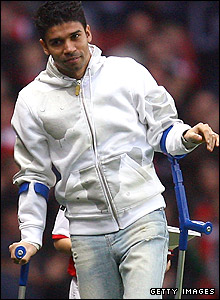 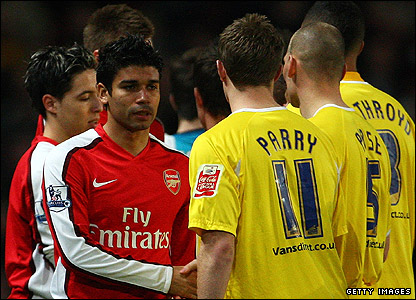 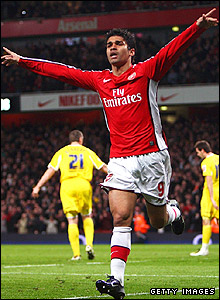 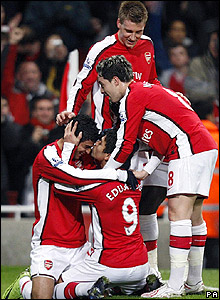 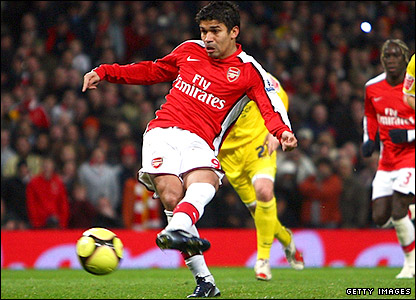 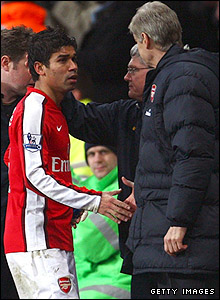 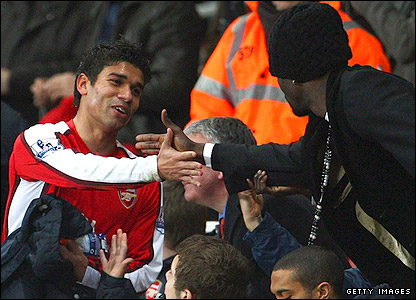 Its great to have you back with us Eduardo!!

And dont forget to join our new FORUM www.arsenalaction.com

And a VIDEO-BONUS! [The Return]