Where Are The Centre Backs? 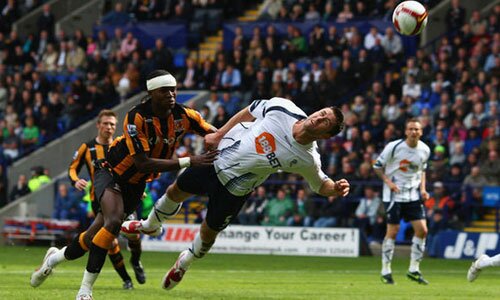 Loads of sites talking about our keeper problems today but I feel something more important needs to be address FIRST!

Like where are the Centre backs?… Its incredible that a club the size of Arsenal are even in this position. How can you go into the start of a new season with only TWO fit Centre Backs?

Seriously, how many of you were worried when Koscienly was carried off at half time? Not a recognized CB on the bench and no other fit CB available at the club?

Why has Wenger not signed a CB? He said after the Barnet game that ” We are a few players short at the back ” and that was before Sol Campbell signed for Newcastle. So why hasn’t he signed a CB or 2?

Djourou spends more time in the treatment room then on the pitch and we are very lucky that Koscienly was able to carry on and the injury wasn’t as serious as it first looked.

I know many of you are concerened about the GK issue and rightly so, We all knew that Almunia was a clown 3 seasons ago. And it still hasnt hit Wenger yet that as long as this muppet is in goal for us, we are NEVER going to win anything.

But for me the lack of cover at CB is much more inportance and needs to be address first.

Why have we allowed FOUR CBs to leave this summer and only signed ONE? This should have been shorted weeks ago and certainly not into the start of the new season.

The back Four and GK need to work together as a unit. Look at our famous back four under Graham. All knew each other and worked together for years. Our offside trap was world famous for all stepping up at the same time with one arm in the air.  That took loads of work on the training ground and thats why there were so good.

Now look at us? Up till Sunday we didn’t even know who our number one keeper was? Our defenders and keeper should have been working as a unit weeks before the season even started, To go into the season with a so few CBs  is madness.

An injury to Koscienly or Vermaelen and we are doomed. Who is going to play CB vs the likes of Drogba?

Yes I know that Alex Song can play at the back and we also have Havard Nordtveit & Gavin Hoyte but we are seriously short of quality experienced CBs at our club.

Again, I know what most of you are going to say! The transfer window shuts at the end of August!

But my point is that the season has already start. Players pick up injuries and get sent off.. You cant go into the season with 2/3 CBs?

I see today that Fulham are set to sign CB Rafik Halliche for £1.3m. This player was linked with us, Why didn’t we make a move for him? But maybe £1.3m is out of our budget? We don’t want to end up like Leeds and Pompey now do we? We must be prudent in the transfer market.

Maybe Wenger will resign Silvestre for 2 more years on a free? But he better move fast as the mighty Blackburn are sniffing around and might beat us?

Its a joke that a club the size of Arsenal who report massive profits each year and hunting around in bins for leftovers and charity shops looking for bargains.

We are not asking Wenger to go out and put the future of the club in danger by signing £20m players. But come on Wenger, this has been going on all summer and this needs to be sorted NOW!

Debate this more on the forum with me at www.arsenalaction.com/forum/