Home / Arsenal News / [Photo] The “BIG” Defender Arsenal fans have been waiting for!!!!

[Photo] The “BIG” Defender Arsenal fans have been waiting for!!!! 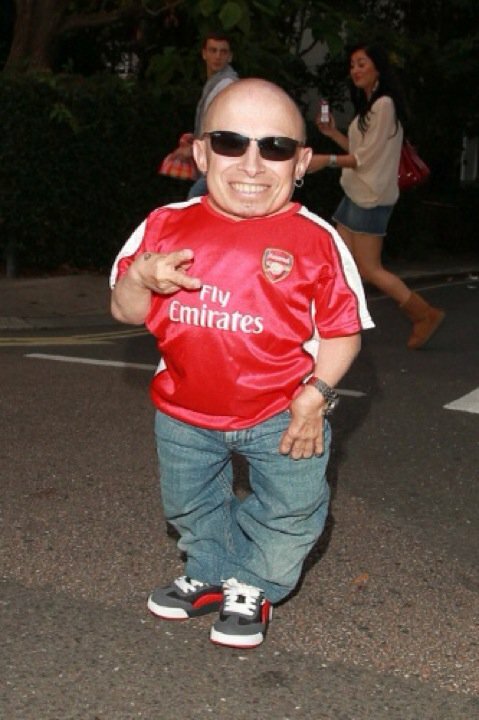 For years Arsenal have needed a big powerful CB, Just like the old school Arsenal defenders like “Adams, Keown, Bould”… The man who Arsenal fans have been dreaming about was seen wearing an Arsenal shirt last night!!

IS THIS THE BIG DEFENDER ARSENAL FANS HAVE BEEN WAITING FOR!!!!!???

Some have said that the current Arsenal team lack height and cant deal with high balls into the box.
In the past, whenever we have played teams like Stoke, Bolton and Blackburn we have always seem to find it hard to deal with set plays and long throws into the box.

Some have also said that we have 2 many “short” players and need a few more 6fts, like Chelsea…

Many Arsenal fans wanted a beast of a CB signed this summer!!…. Well gooners it looks like we finally have our man

Ladys and Gents…Gooners from all over the world!!! I give you………. Verne Troyer aka Mini Me

Verne J. Troyer (born January 1, 1969) is an American actor and stunt performer. Troyer is notable for his height of 2 ft 8 in (0.81 m), the result of cartilage–hair hypoplasia dwarfism, making him one of the shortest men in the world. He is best known for playing Mini-Me in the Austin Powers series of comedy films.