Its time Arsenal had a REAL Captain!!! 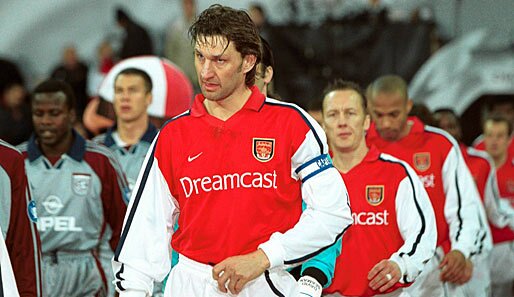 Without Cesc and RVP in the team Wenger seems to be passing the armband around as if it’s a high-class prostitute.

First it was Almunia (What a joke that was) then it was Rosicky and this weekend it was a player who has only been at the club for 5mins in Squillaci?? Confused yet.

Being the Arsenal captain should mean something; it should be an honour and not be abused and passed around and treated with utter disrespect.

It shouldn’t go to our most valuable player as a token or be given to a player who wants to leave (Vieira, Henry Cesc) in a hope of keeping them happy at the club.

I can’t understand Wenger and his recent appointments as Captain?  We have not had a real captain since Vieira.

Henry was only given the armband to keep him at the club, same story with Cesc. How can you have a captain whose heart might not be at the club?

Gallas was without the worst appointment under Wenger, I was gutted when Wenger overlooked Toure and Gilberto and appointed a player with a history of tantrums. I have no doubt that when Toure left Arsenal and said “ he didn’t feel loved at Arsenal anymore “ The decision not to give him the armband was a major factor.

So we move on to the current sent of players.

Who could lead us? Who could be like Tony Adams or Vieira and grab the game by the scuff of the neck and set an example?

Well? For me when fit Thomas Vermaelen is the ONLY player we currently have up for this.

I’m feed up turning up and seeing a new man with the armband? It’s almost like a kids Sunday league team and the captaincy being passed around each week?

The problem is we have a bunch of players who are weak and fall apart. As recent games and years have shown, and we don’t have a Vieira or an Adams to show the kids how to win games when the going gets tough.

Who is the next player to get the captains Armband at Arsenal?

By Fred West – Proud member of the Arsenal Action Forum