[Video] Do you prefer the current Alex Song? 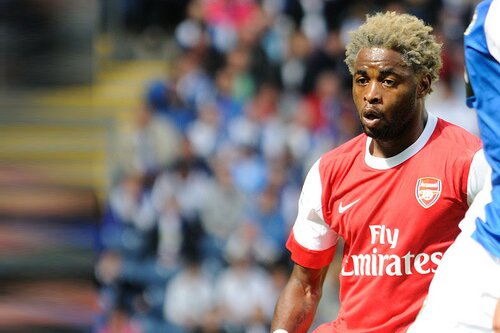 Alex Song has had quite an interesting career at Arsenal to date. First he was booed at Fulham and no one gave him a chance. But when he finally developed into a decent player and then a first team player last season as a DM, he starts to change his game.

But last season, when Wenger opted for 4-3-3, Song stuck to his role but we had 2 attacking midfielders supporting a front man and 2 wide players. Song had more space to defend and also more responsibility on his shoulders because at times he was tasked to defend against a whole midfield.

But he excelled in his role and was one of our best players last season.

This season, he has tried to be a box-to-box player and even score goals. I have nothing against him scoring at corners or freekicks, but him venturing forward in open play leaves us vulnerable at the back, especially on counter attacks.

His goal vs Shaktar was a result of a corner but his assist for Nasri, though welcomed, is not something we like to see often. He was the 3rd furthest player forward, even ahead of Rosicky, Fabregas and Wilshere.

Although more players in dangerous positions means more options in the final third, I would very much prefer for Song to just sit back and play simple passes to more creative players like Fabregas. If he wants, he should expand his range of passing to include long crossfield passes, but not to venture forward and cross from the byline.

Song may have the stamina but he does not have the speed to cover us in the event he loses the ball at the opponent’s touchline to hurry back and protect his defence.

What with Fabregas, Nasri, Rosicky and now Wilshere all being in the side and being the creative hub, why does Song need to provide more attacking impetus. When Ramsey comes back, we’ll have even more options. If Wenger wants all 3 of his midfielders to attack, he should put Nasri, Fabregas and Wilshere in the middle, and just put Song on the bench.

The fact he wants Song in the team is for his defensive qualities.

What do you guys think ? Debate this more on our forum {HERE}