[Poll] is Bendtner a better finisher then Chamakh? 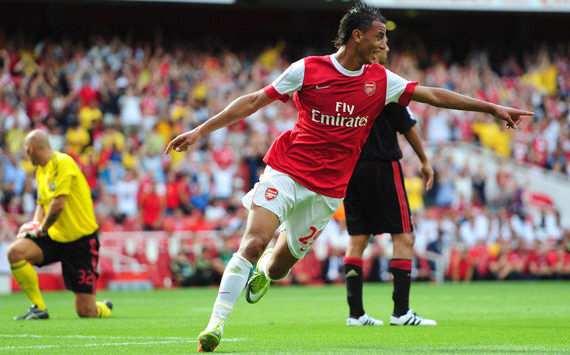 I’d say both players have their pros and cons.

But I would say that Bendtner is a better finisher then Chamakh!!

Chamakh seems very unsure what to do in the box or even scared to pull the trigger at times. Last season Bendtner scored alot of vital goals for us in the dying moments of games. I really wouldn’t trust Chamakh being 1 on 1 with the keeper in a tight game.

I doubt that Chamakh would have scored that 3rd goal vs Man City, He would have taken 2 many touches and rounded Hart and won a pen. And last night you saw the power in the shooting of Bendtner. Has Chamakh got that power with his feet to score a goal like that?

Bendtner finishing since his return has been class.

Out of the two I think Bendtner is a better finisher, However Chamakh links the play better and has better work rate.

Chamakh is NOT a natural finishers. He has a huge reluctance to shoot when given the chance.Bendtner is also much more direct. He runs at players and tries to go past them. Chamakh will never do this as he doesn’t have the pace or skill to do it.

Chamakh however, has a much better first touch, can hold the ball up well, and of course can win a pen..

So who do you think is the better finisher?