Ashley Young to Arsenal in January? 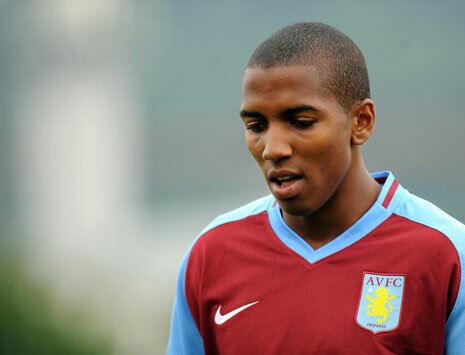 The  talented winger,  has only a year left on his contract, has so far refused to sign a new deal at Villa Park, and it is understood that he is holding out for a move to the Emirates during the January transfer window.

Wenger is a massive fan of  the player. Before Young signed for Villa, Wenger Said

“I like him because he is mobile and has good movement, high work rate and is a creative player”

Gerard Houllier and Wenger are very close friends and this would also be a plus point in any future dealings.

If Young was to join Arsenal,  it could be the end for Rosicky with Nasri then free to play in the middle of the pitch?

Walcott on the right, Young on the left…. NICE!