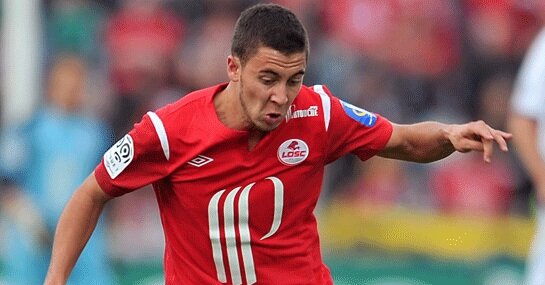 Eden Hazard has hinted it would be his dream move to join Arsenal when he eventually leaves Lille.

Arsenal boss Wenger has now confirmed he is interested in winger.
When asked about Hazard,

Wenger said
‘We are following him (Hazard). Personally I think he has real talent and the level needed to play at Arsenal”

But Arsenal are playing a risky game, as Real Madrid, Manchester United and Liverpool are also monitoring the hottest talent in European football.

You can follow all the news on this transfer (HERE)

Enjoy this video of the pacey winger…