Wenger “2nd place is a success “ 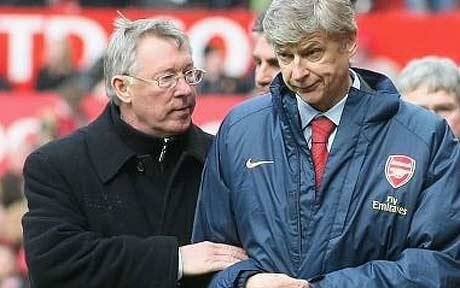 Like clockwork Arsene Wenger has launched a passionate defence of his 6th wasteful season team.

I say like clockwork because this is a common message from our manager as we close towards the end of the season. How many times has Wenger said this, last season he came out with the classic, “I would rather finish 4th then win the FA cup”.

This is becoming very boring now from Wenger and to me this proves how out of touch he is with the fans. It also proves to me why the players are not motivated to win anything. How can you be when your manager comes out and says that finishing in 2nd place is a success? “Personally, I am very proud of the attitude, the behaviour and the quality of our season,” said the Arsenal boss.

“I will defend that until the end, it is important that we finish as well as we can and the quality of the team is linked with the mental attitude that we have and how much you are ready to fight until the end of the season.

“As long as you are second in the league, I am ready to sign for the next 20 years and stand up for that.

“If there is a team that is better than us, we have to accept it. I believe we do not have to be ashamed at the moment of what we have done.

“Rather, I have to be proud because if I took statements from all the people here at the start of the season we were not even in the top five. Now it is a scandal we are second.

“We have to accept it. People can change their minds but we have to fight. That makes a top-level sportsman.

“It doesn’t hurt me personally but it bothers me that the players do not get the recognition for what they have put in since the start of the season.

“You do not go in the Carling Cup Final or the FA Cup quarter-final or losing in the Champions League to Barcelona giving absolutely everything – and are the victim of some unbelievable decisions – you do not do that by not fighting every day.

“This team is 23. When we played against Barcelona, they were 27 and a half. It is time people understand what our job is about. It is important we realise this team is absolutely amazing for what they do at their age. One day people will understand that.”

The average age of Arsenal’s team that lost at Barcelona was actually just under 25, but Wenger played up his team’s youthful composition and hailed their achievements.

Do you agree with Arsene?… Debate this more on our Facebook page