Home / Arsenal News / Transfer window about to open. Who will come and go?

Transfer window about to open. Who will come and go? 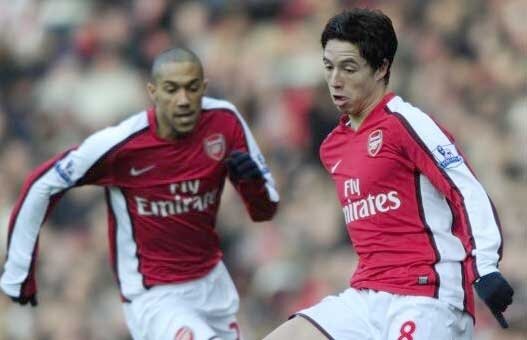 Obviously with the summer transfer window just around the corner, the main focus of this blog will be potential signings, and which players should leave the club. Firstly, on the topic of signings I would say it is essential for Arsenal to keep either one of Nasri or Fabregas. Clearly, this is an obvious statement to make for anyone who follows Arsenal but there have been murmurs around the club’s more loyal fans that Fabregas should leave the club. This is stimulated by the cliché philosophy that no one man is bigger than the club. This is true, and with that in mind we may have to look at Wenger’s position at the club. However, I will come on to this later.

Since February (after the demoralising loss against Birmingham) Arsenal only managed to win two games in all competitions The two reasons which coincide with this awful run of form are the injury of Fabregas combined with an alarming frailty in defence. Clearly, goals were not an issue as in this period Robin van Persie set a Premier League record of nine consecutive away goals, scoring eighteen from the 1st of January, an achievement only previously matched by Cristiano Ronaldo. Defensive vulnerability was highlighted by the inability of Arsenal’s defence to hold on to a 4-0 lead with 20 minutes to go against Newcastle. Fabregas is obviously pivotal as both a player and a leader.

However, the early season form and prolific goal scoring touch of Samir Nasri when played down the middle provides some optimism for the club. In my opinion, Wenger primarily needs to sign a commanding central defender as once again Arsenal conceded more goals from set pieces than any other team in the Premier League. I would also suggest to Wenger signing a leader on the pitch as well, preferably in the centre of midfield as it is highly likely Fabregas will leave the club. Even with Fabregas as captain a lack of leadership is still very apparent. This was made clear by his statement “No we don’t do that, we are more European” in response to a question asking who is most likely to give a rousing speech in the dressing room.

Now, to return to Wenger’s role at the club, I personally believe he should stay for at least one more year due to the fact that he now knows he will have to spend money this summer, combined with the truth that Arsenal are very close to success and only a few key areas have to be strengthened. In terms of individual players, Arsenal are at least as strong as Manchester United. Realistically there is no better manager to take Arsenal forward. Losing Wenger could have a very damaging effect on the Arsenal dressing room, given the strong emotional attachments he has with many players, and the enduring French connection he has created at Arsenal. Important players attracting interest from top clubs like Sagna and Nasri may well be far more likely to leave with the departure of Wenger.

Related ItemsArsenal actionArsenalaction
← Previous Story What we, as a club, are lacking…
Next Story → Oh how the mighty have fallen. Wenger must go