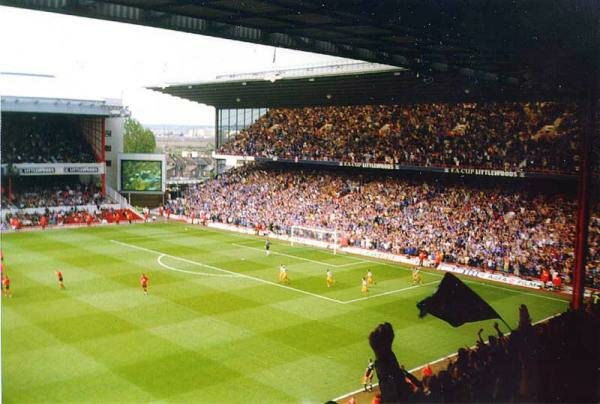 This is nothing new… Wenger has been doing this for years. Selling our best players to the highest bidder, regardless if they are our rivals (Adebayor & Toure) and not invested that money back into the team on quality and signed cheap replacements… Do you really think that when we cash in on the likes of Cesc and Nasri that Wenger will turn over a new leaf and start spending on players like Benzema and Mata? Wenger will do what he has always done. He will cash in on our best players and sign cheaper, untested players from france, kids or stop gap signings like Squilliaci Silvestre, Campbell, Lehmann.

Can you really blame players for wanting to leave and for losing faith in Wenger?

We have all known for some time that we have been weak at the back and have needed 2 powerful CB but yet Wenger has faffed around for years and not addressed this. Players want to win things and just because Wenger and the current board have ZERO ambition in life other then make a profit and finish in the top 4, you cant ask players like Nasri, Cesc and soon RVP to be happy with this mentally and keep dreaming that next season we will be that superpower and new Barca that Wenger thinks we will. How much longer can we dream this?

People that have followed this blog know this is not a knee-jerk reaction. We have said this for a long time, and Wenger is the root of ALL our current problems at the club.

The board are to blame for giving him the power to handle non footballing issues and almost making him unsackable. His job/role should be nothing more then managing the team and tactics.. Not sorting out the clubs finances. How did we get to this stage where we are allowing players to leave and not tied them down to new long term contracts a long time ago. Now we are going to lose Nasri for the same price as Henderson and Clichy for £7m.. But this is nothing new. Cole/Flamini where the same. Who is allowing this to happen?

But having said I dont even trust Wengers tactics anymore. His current 4-5-1 with wingers on the wings has to be 1 of the most frustrating systems I have ever seen in my 30 years of watching the gunners. We keep the ball, pass from side to side and refuse to test the keeper when given a chance. And then we finally cross the ball into the box with is normally a bad ball in or when its a decent cross we have nobody in the middle.

And Arsenal want to charge us 6.5% more to see this next season?

Arsenal have become the most expensive football team in Europe to support..FACT!! With that you would think/hope that we invested in World Class players… Do you remember when we moved from Highbury we were told that we would now be able to fight with Man Utd for the best players in the world?…Look at us now? Selling our best players to Man City or anybody who is willing to give us the best price like a cheap whore.

It kills me to say this but RIP Arsenal FC, You have taken fans like me who have supported the club for over 30 years and ripped our hearts out with this lack of ambition and profit making project. I wont be spending any money towards the club on new kits or any merchandise in the future and I advise all Arsenal fans to do the same and make a stand. Turn up to the stadium in black and when they say ” today’s attendance is 60.012″ and you look around and see 1000s of empty seats thing to yourself was lift at Highbury so bad that we moved to this?

Wenger has turned us into a farm, producing cattle and a feeder club for the clubs willing to spend.

I cant take this anymore.. What has our club become?

And people still trust this man and the board?….Go ahead, call me plastic, tell me to f**k off down the lane. Nothing you say to me will make me feel anymore lower then what I currently feel.

Next season Im sure we will see Wenger smashing more bottles of water, I just hope that this summer is his last and we can get back to being a club that wants to win things again soon and not a club thinking about the pound notes.

First it was Ade and Kolo, now its Cesc, Nasri and Clichy… Next it will be Van Perise.. Robin told Dutch radio last night “we are talking yes, but I want to win trophies and if I don’t think i can, I won’t sign,this summer will decide”

Go ahead, tell me how the likes of JET are going to be the new drogba, tell me to go and support Utd or City.

I really don’t care anymore .. If this is the way you want the club to be handled then stick by Wenger and the board. if you can still trust this man then you keep dreaming.

Wenger and the board must wake up or leave this club.