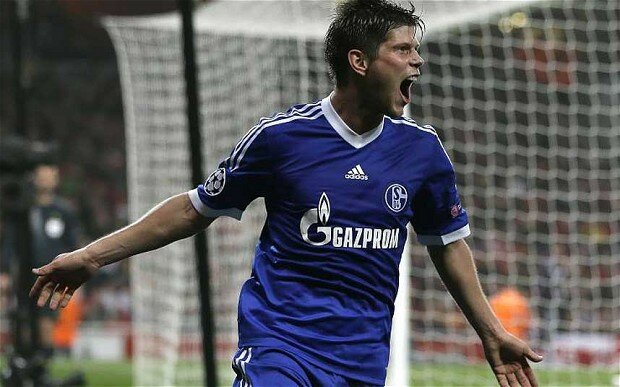 2 shots on target in the last two games. 0 goals with back to back defeats, worrying times at Arsenal fans. The same Arsenal that lost 1-0 to Norwich. The same players that have barely earned the right to wear the Arsenal football team kits but blame everyone else but themselves when things go wrong. Didnt test the keeper and nothing in attack.  Wenger is getting the tactics all wrong and we really need to find some goals fast… With the AGM tomorrow night i hope the fans give Wenger and Gazidis a hard time.  Great balance sheet, Poor team sheet.

Mannone : 6 (Could of done better with the first goal and brings no confidence to the defense)

Mertesacker :  8 (Our best player by a mile, a host of blocks and last ditch tackles to save us)

Vermaelen : 6 (Seems as if his head is already thinking about moving on, not the same player)

Santos : 4 (All over the place and played like a winger with no defensive cover)

Ramsey : 5 (Why is Wenger playing him on the wings? Why is he in the side ahead of Arshavin?)

Coquelin : 6 (Busy but wasteful with his final ball)

Arteta : 6 (Not his best game, passing was off the mark)

Podolski : 5 (Hardly touched the ball and seems wasted in the current tactics)

Cazorla; 7 (Some nice touches but wasted our best chance of scoring when he blasted over)

Gervinho. 3 (The most frustrating player ive seen in years. Cant control the ball and at times plays like a headless chicken, Not a striker)
Subs: Giroud & Arshavin, Not enough time to make an impact,  Gnabry. Some nice touches and was our only player to test the keeper in the 93rd mins.