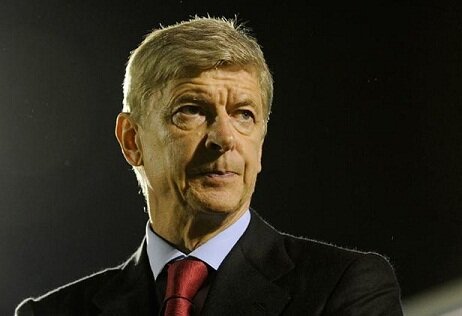 Arsene Wenger is hoping Jack Wishere can fulfill his potential with Arsenal despite struggling to nail down a regular place in the starting XI after breaking into the Gunners first-team at the age of 17.

Wilshere has been battling with injuries in recent seasons and has fallen down the pecking order. It also resulted in the Gunners midfielder spending the last season on loan at Bournemouth, where he played regularly before suffering a fracture which ended his season prematurely in April.

The England midfielder is in the final year of his contract with Arsenal and Wenger has insisted that they will wait for him to prove how fit he is before deciding offering him a new deal. Wilshere made his first appearance in over a year during our 3-1 win over FC Cologne in the Europa League and is set to make his first start in the Carabao Cup against Doncaster Rovers on Wednesday (20 September).

Wenger sees a determination in the England international to regain his first-team place and believes regular competition will allow Wilshere to get back to 100% match fitness, something he still lacks after missing the entire pre-season due to injuring his fracture. The French coach also gave the clearest indication that the midfielder could be offered a new deal when he revealed that it was the ‘dream’ of everyone for Wilshere to succeed wearing an Arsenal shirt.

“If you ask me, ‘is he back to his full, 100% potential?’ I would say no,” Wenger said ahead of Arsenal Carabao Cup game, as quoted by the Mirror. “But he’s not far away.”

“The rest now can only be gained by competition. That’s why I believe that these kinds of games are very important for Jack at the moment,” he added after indicating in his pre-match briefing that Wilshere could start against Doncaster.

“He is focused, he is working hard and he is absolutely determined to get his place back in the team. There is a big fight there, and that’s what we want. It’s a dream for all of us to see him fulfill his potential.