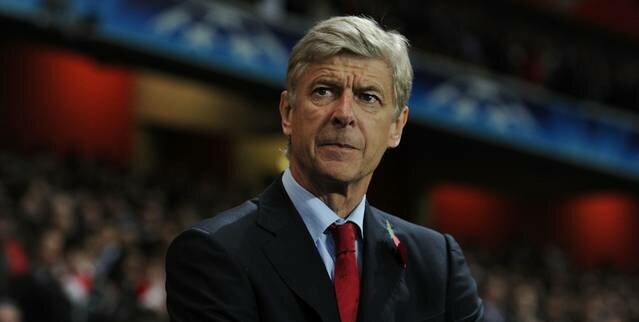 Arsene Wenger will take charge of his final game as manager of Arsenal football club on Sunday afternoon when the Gunners travel to the John Smith’s Stadium to face Huddersfield Town in the Premier League.

The Terriers recently secured their top-flight status for a second season and will be in a buoyant mood on home soil, while Arsenal might be feeling the nerves away from home.

The players and supporters will be desperate for a winning farewell to Wenger’s tenure, but Huddersfield might yet be party poopers as they’ve taken points off the likes of Manchester City and Chelsea in recent weeks.

Town rejuvenated at the tail-end of the season

David Wagner’s Huddersfield side are 16th in the Premier League table with 37 points from 37 games, four points clear of the relegation zone ahead of their final outing. Town are ending the season in fine form too, having lost just one of their five games – against Everton on April 28.

Surprisingly, they’ve been less convincing on home soil, picking up only seven points from their previous five at the John Smith’s Stadium, but they’ll take confidence against a travel-sick Arsenal as they’ve held both Manchester City and Chelsea to draws this month.

The Terriers can mathematically still finish 14th in the table if they earned a big win against Arsenal and Brighton & Hove Albion suffered a heavy defeat. They’re only two points off 15th-placed West Ham, so they do stand a chance of leapfrogging the Londoners in the last game of the campaign.

Arsenal in poor form at the worst time

As for the visitors, Wenger’s Arsenal side are sixth in the division with 60 points, 10 adrift of fifth-placed Chelsea and six ahead of seventh-placed Burnley. The Gunners are coming off the back of poor form, having lost three of their last five Premier League games, and haven’t managed to pick up a point away from home in 2018.

Arsenal’s final position won’t change this season, but they will want a win for their departing manager. Unfortunately, seven consecutive away defeats in the top-flight means they cold fall short on Sunday afternoon. Three away wins from 18 games is a poor record, while only Watford have lost more games (12) on the road than their fellow Londoners. Arsenal have lost to the likes of Stoke City, Watford, Bournemouth, Swansea City, Brighton & Hove Albion, Newcastle United and Leicester City away from home in 2017/18 and have no guarantee of beating Huddersfield. It’s a dead-rubber fixture for both clubs, which could mean a drab performance will ensue, but Wenger will want to end the winless away run before he exits.

“At the moment I don’t think about my future at all,” he said in his final Arsenal pre-match press conference. “I don’t realise it’s my last press conference because I have just the Huddersfield game in mind, and try to do my job as well as I can until the last minute I’m here.”

Arsenal thrashed Huddersfield 5-0 when the two sides met at the Emirates Stadium on November 29. Can they repeat the feat on Sunday?