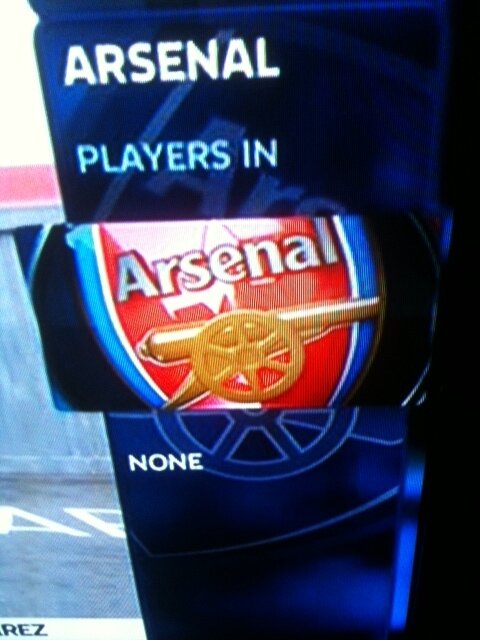 Not for the first time, Mr Wenger has let us down in the transfer market and failed to do bring in a much needed CB.

But did you really think he would spend a penny this time?

Having hinted that he would sign a “surprise” CB as cover as we only have 2/3 fit CBs at the club, he then changing his tune to “I might loan in a player”… Yet again our fans waited up hoping that Wenger would learn by his previous mistakes at this point and maybe this time, just maybe he would pull something out of the bag.

But it’s the same old Wenger. Stubborn penny pinching transfer policy that will no doubt cost us AGAIN this season.

Same as last season and the season before that. I said last season that “If Wenger had shown a real sign of intent by signing 2 players of real quality we could of won the title” .. I said the same before this transfer window. And yet again I now have no doubt that we will fade in the title run in. How long before RVP and Song pick up a injury and we have to put up with Denilson and Chamakh.

I don’t even know why Skysports send a report to Arsenal on deadline day anymore?. We watch the teams around us invest and strengthen, but being an Arsenal fan on transfer deadline day is like being a designated driver on stag do.

Whilst the Chelsea’s website leads with the breaking £50m transfer of Torres, Arsenal.com leads on a kid we’ve recently signed from “Chukyodai Chukyo High School” who we have now sent out on loan.  no doubt he will be as great as Carlos Vela.

I’m sure the “in Wenger we trust brigade” will come out and blame the board for not giving him the cash to spend on new players. Or say there were no players available to sign. or even that the price of players is way to high at the moment.

But it’s a sad fact that in this business you get what you pay for and if you want a player you pay the going rate or sometimes over the odds. With Arsene he will always try and get a player on the cheap.

AW : Hello, I would like to sign your player. Now I understand you want £15m for him? I offer you £4m.”
Seller : No that’s not enough but we are willing to come down if you up the offer.
AW : NO! Thats totaly unacceptable, I am Arsene Wenger dont you know.. Have a few of our young players on loan till the end of the season as a gift of goodwill for wasting your time.

I have no doubt that Wenger was logging in to the Arsenal.FC online bank account last night just to watch the interest on the millions grain a few extra pounds.

Like he did last season, and the season before that…Same Wenger, different transfer window.