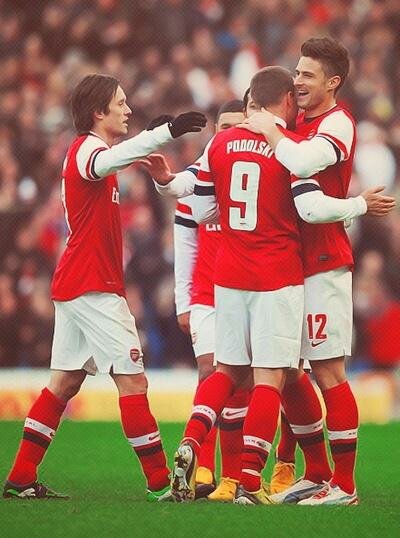 Theo Walcott struck a late winner as Arsenal edged out Brighton & Hove Albion 3-2 in an exciting FA Cup tie at the Amex Stadium.

Olivier Giroud broke the deadlock for the Gunners with a fabulous finish in the 16th minute, only for Ashley Barnes to draw Brighton level before half-time.

Another fine strike by Giroud was cancelled out by Jose Ulloa as Brighton again hit back to make it 2-2, but Walcott’s deflected strike five minutes from time took the Gunners through to the fifth round.