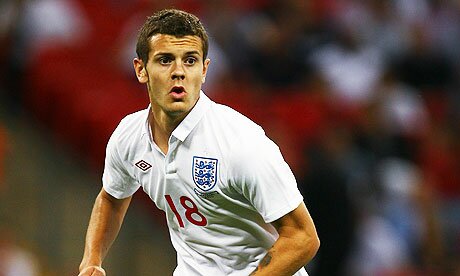 Arsenal and England star Jack Wilshere has been arrested for an argument with a taxi driver, according to a report in The Sun

The paper claims the 19-year-old was picked up by police last Sunday for an incident that happened last December.

The taxi driver has alleged that he was the victim of verbal abuse and was threatened with physical violence by a group of men which included Wilshere.

The men had flagged down the taxi and got angry when the cab driver explained to the them that he was off duty.

Wilshere was bailed by the police after being questioned at a London police station.

“We can confirm a man aged 19 was arrested on Sunday for a public order offence,” The Sun quoted Scotland Yard as stating.

This is the 2nd time that Wilshere has been arrested, Last November Wilshere received a police caution for common assault following a brawl on Kensington High Street.

So this is the 2nd time young Jack has been arrested? .. He needs to change his mates and Arsenal need to have more control over him and his lifestyle.
Add the arrest of Craig Eastmond & Jay Emmanuel-Thomas we certianly have an issue with our youth players. Arsenal need to protect the younger players from turning  into chavs.
As we have said on this blog before “Wenger needs to sit the kids down and give them a good telling off!”